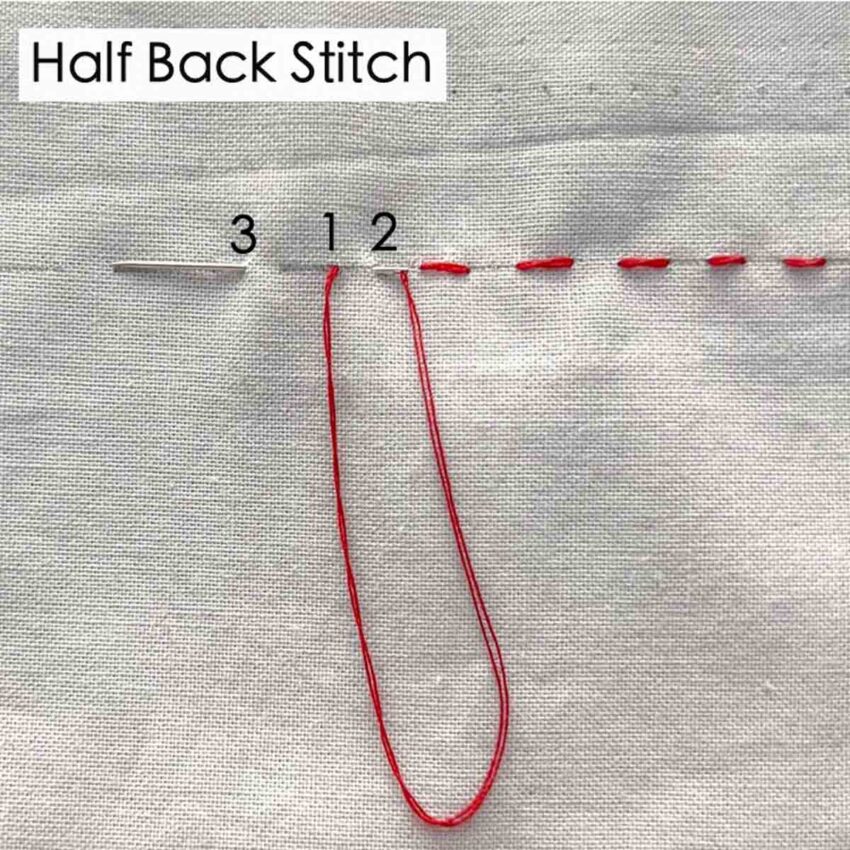 What’s the Difference Between a BackStitch and a Half Backstitch?

As you can see in the photo, the regular or even backstitch resembles a straight stitch made by a sewing machine. Subsequent stitches touch each other without any gaps in between.

On the other hand, the half backstitch resembles a hand sewn running stitch on the front side, with uniform spaces in between consecutive stitches.

The half backstitch is not quite as strong as a regular (even) backstitch but it is stronger than a simple running stitch. However, because you take longer stitches on the underside of the fabric, you can work this stitch slightly faster than a regular backstitch.

What is the Purpose of a Half Back Stitch?

The half backstitch has many functions and uses, including:

How to Work a Half Back Stitch – Step by Step

In this tutorial, stitch length = 1/4" (6mm). However, you can use any stitch length and stitch interval that you like, just keep them uniform for nice looking stitches.

In the sewing method, the top side of fabric faces you at all times. You bring the needle to the back of the fabric and then to the front before pulling the thread through.

19 Essential Hand Sewing Stitches to Sew Just About Everything

How to Sew A Running Stitch

How to Invisibly Close a Hole with the Ladder Stitch