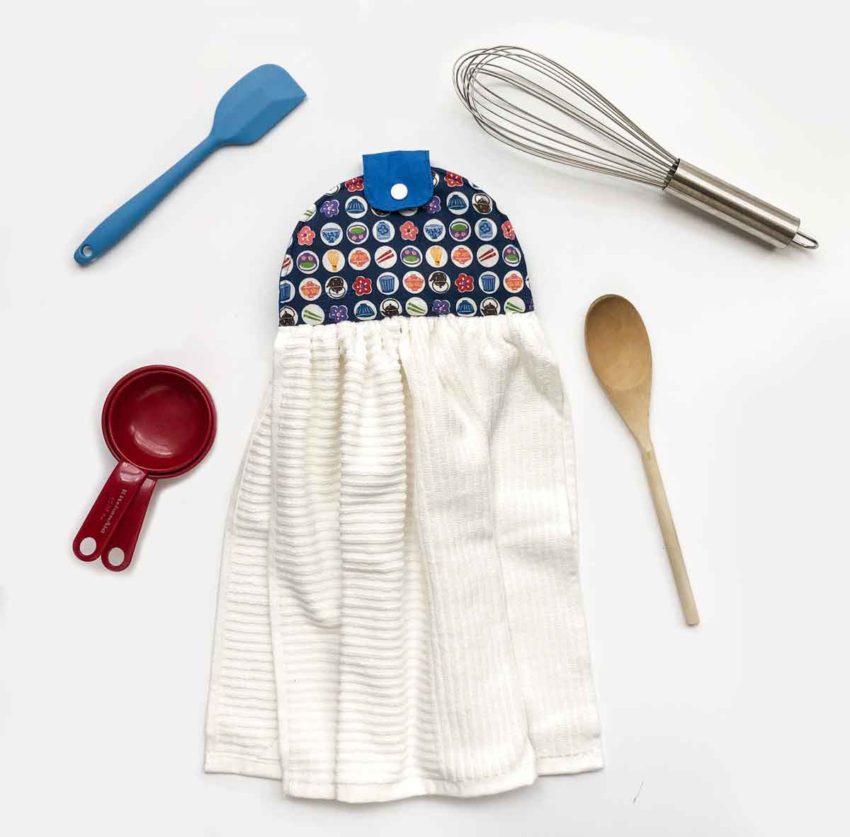 Tired of your dish towels always ending up on the floor? Learn to make this quick and easy towel topper to create a hanging dish towel. Great project for all levels of sewing experience. Say bye-bye forever to kitchen towels on the floor!

If your house is anything like mine, I bet you have kitchen towel laying on the floor. Every. Single. Day. Better yet, these dish towels are probably fresh out of the laundry. For some reason the kitchen towels in my house seem to have an affinity for the floor!

I recently saw a sewing project where you sew a hot pad onto the dish towel as the towel topper and add a button to hang over the oven. How brilliant! Unfortunately, the selection of hot pads in the stores weren’t very interesting. They were mostly solid colors and only had a few color selection (red, tan, black, blue). Just looking at them made me bored! So, I decided to sew my own towel topper and that’s how this project came about.

How To Make a Towel Topper

In this tutorial I will show you how to make a towel topper with a snap using my free Hanging Dish Towel Pattern. You then sew a store bought towel at the bottom to create a hanging dish towel. Easy as that! No more kitchen towels on the floor! I promise!

This project is extremely easy and only takes 30 – 45 minutes depending on your skill level. If you want to add an extra touch, you can always quilt the towel topper, but this is completely optional. The hanging dish towel with the blue towel topper was not quilted and I think it’s very nice looking as well!

This is a great sewing project for all levels of sewing experience. It also makes a great gift for your baking and cooking friends, a housewarming party, or anyone who needs a towel in their kitchen (and really, who doesn’t?).

**The ad-free, printable PDF version of this sewing tutorial is available in my etsy shop HERE. Includes 10 pages of color tutorial with step-by-step photos and PDF pattern. Print a copy to keep next to your sewing machine to follow along as you sew.***

By making your own towel topper, you can customize the look and use a pretty print fabric or your favorite sports team fabric. If you own an embroidery machine, you could even embroider surnames or initials onto the towel topper for an extra personal touch. The options are really endless!

So…let’s get started shall we?

What do I need to Make a Hanging Dish Towel:

LEFT: Cut out pattern pieces
RIGHT: Apply fusible interfacing to [TAB PIECE] on the side that will face up. For this tutorial I wanted the little rocket to be the top of the tab, so I interfaced that piece with the rocket.

(The following steps are optional. If you don’t want to quilt the towel topper, simply jump to the next section SEWING TOWEL TOPPER)

LEFT: Pin and baste (I used red thread for contrasting color) front piece of [TOWEL TOPPER] with batting. If using fusible interfacing, iron it on.
RIGHT: (optional). Quilt outer fabric to batting in any design you like. For this tutorial I quilted 1” (2.54cm) squares.

(Alternatively, you can also use sew on Velcro, metal snaps, or make a button hole with buttons)

LEFT: Push sharp prong of snap cap through Tab Piece (can also use an awl to poke a hole first then insert snap cap)
RIGHT: Place socket over prong.

LEFT: Position pliers on the snap so the black cap is over snap cap and the rubber is pressing over prong of snap cap. Press down on pliers with firm pressure (I find I have to press really HARD to secure the snaps).
RIGHT: View of snap in place. See how the pointy edge of prong is now flattened.

LEFT: Determine where to place the second snap by pulling TAB PIECE over TOWEL TOPPER and marking with a pen where the hole needs to go
RIGHT: Make a hole with point tip of snap cover (or awl)

View of snaps in place. Would you look at that! The towel topper portion is done. Now you just need to sew the towel on. You are almost done!

LEFT: Mark mid line of kitchen towel by folding the towel in half first, then creasing with a hot iron.
RIGHT: Sew two rows of basting stitch (red dotted lines) on both side of the towel mid line, 1/4 in (0.6cm) from mid line. If machine basting, be sure to use the same color thread as the towel. Otherwise basting stitches are hard to remove out of a fluffy towel with many thread loops!

Gather the towel at the mid line by holding on to the two rows of basting stitches with your left hand, while gathering the towel with your right hand.

Sew towel topper to kitchen towel (white dotted line). I recommend using thread color that matches your kitchen towel. Note: if you are using a thick fluffy kitchen towel, use a walking foot for easier sewing.

Finished! You did it! Hooray!!!!!! Now say goodbye to picking up another towel off the kitchen floor again!

Make a whole bunch and gift them away. Your friends and family will thank you very much for saving their backs from repeated picking up of towels off their floors.

I hope you enjoyed this tutorial. Let me know in the comments what you thought. As always, happy sewing! 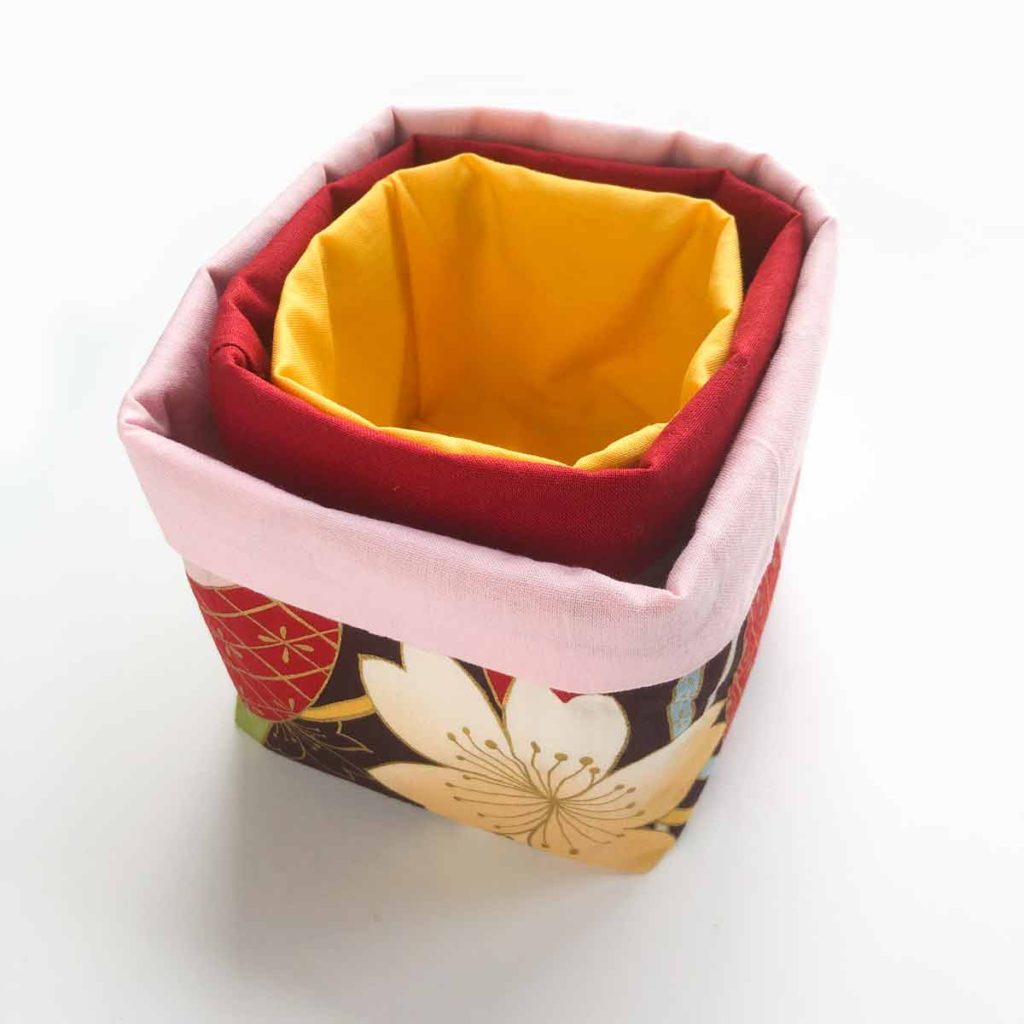